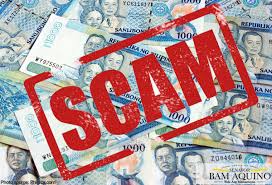 Option Investing Scams. Binary Option. My wife and I had for a long time been called by many options brokers. They had all very attractive offers and promised that with their help, capital would increase by 25-50% per month.
We decided to try out two companies, ie, each company and then evaluate the results. We started at the same time and deposited the minimum amount of € 250 from my credit card and then € 250 to the other company with my wife's credit card.
Brokers from both companies immediately started calling us both and they both wanted us to deposit more funds. However, we had decided to just test, with a small amount first.

What happened next is no less than theft. We were going to travel for a week and did not check every day what happened to our trading accounts. One day later when I had to pay in a hotel, my card payment was rejected. I did not understand why. We immediately went to an ATM to check my balances. It turned out that someone pulled twice on my credit card, first € 498 and then € 998.
I had no money left on my card and we had to cancel the trip. As soon as we were home, I checked my bank account and contacted the police.

It turned out that the SCAM company, they had recorded all card information when I paid online with my card. Then they could, in lung and quiet, just enter and empty my balances.
Exactly 5 days later, exactly the same thing happened with my wife's credit card. She checked her bank account in the evening and became really despaired. Suddenly she saw that € 1,499 was deducted from the account. We immediately realized what had happened. She called the bank at ones and blocked her card, but it was too late. She was really disappointed in herself, that she had not learned from my mistake.

Every day, we called and called our brokers, but nobody took our phones. They probably had already gone on to the next victims.
Even today we have not received any money back - not even the € 500 deposited by me and my wife. But, what is obvious, it is that these scam brokers, they cooperate with each other and all in all has cost us € 4000 ie a nice winter holiday-trip, all included.
We can now only give our strongest warnings to all, don’t pay with cards to any unknown online. There are many deceivers out there.